Publications about me in the press 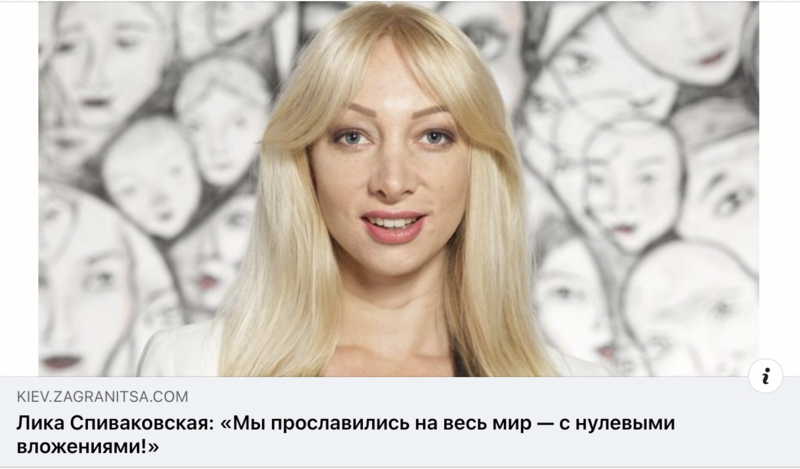 An extensive interview about how my business and creative path began, and where it led...

An extensive interview about how my business and creative path began, and where it led... 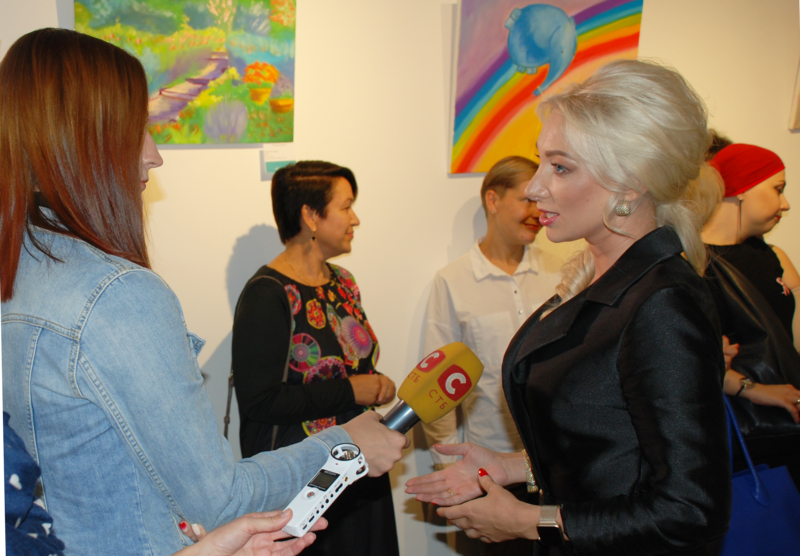 On October 20th, within the framework of the social project, Spivakovska ART:EGO gallery has opened an exhibition "Stop Cancer". The opening was timed to the Day against breast cancer. And the project is aimed to return women to the familiar life, after a long, difficult, but successful treatment of breast cancer.
The paintings were created by patients of Israeli oncology Hospital LISOD during art workshops based at the gallery Spivakovska ART:EGO. For many - these pictures are the first in their lives, however, are full of bright colors, which are returned to the women after the victory over cancer, or after the realization that cancer is not a death sentence.
Organizers of the project: the IIsraeli oncology Hospital LISOD and business woman, gallerist Lidiya Spivakovska.

Magazine “Grushevskogo, 5”: LIKA SPIVAKOVSKA: “PRAISE YOURSELF FOR EVERY LITTLE THING YOU HAVE ACHIEVED”

Lika Spivakovska – the founder of Spivakovska ART:EGO gallery and АRT:EGO Culture Center, the founder of the “Theater without Actors”, the organizer and co-author of the project “Beauty against Cancer”, CEO of the All-Ukraine business-contest “Brand of the Year”. She is young, talented, successful business-lady and caring mother. How she writes about business, motherhood and inspiration, she tells how to make lots of business projects in Ukraine, especially in the sphere of arts. Lika Spivakovska told in her interview in “Grushevskogo, 5”. 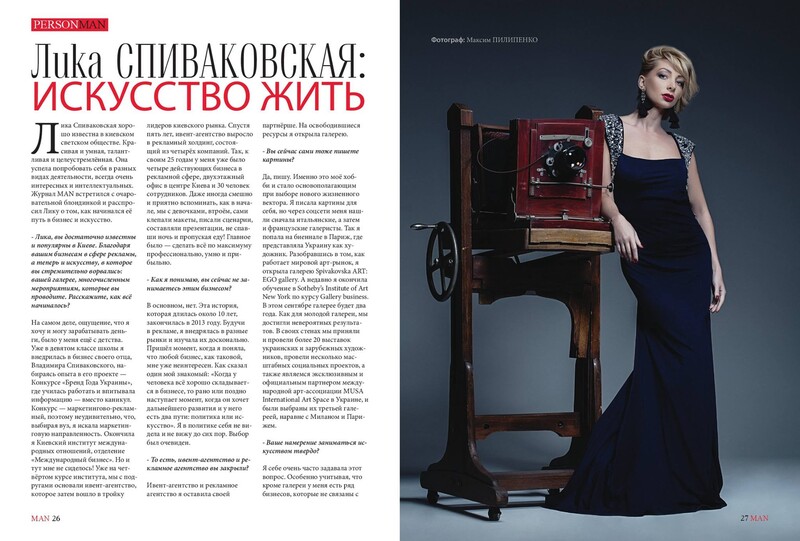 Lika Spivakovska is well known person in Kyiv high society. She is beautiful and smart and talented. She has already tried herself in different kinds of business, always very interesting and intellectual activities. MAN magazine met this charming blonde and asked her questions about her start in business and arts.

MAMIN BUSINESS: Lika Spivakovska: I enjoy my life through the realization of my potential.

Dear mommies! This woman is a successful business-mother, happy and self-reliant person. She has lots of business projects: “Theater without Actors”, Spivakovska ART:EGO gallery, contest “Brand of the Year”, online-edition ARTNEWS.ONE. We are sure, the list will be bigger. Let us introduce her – Lika Spivakovska.

COSMOLADY: Lika Spivakovska: Culture and Business is the Future of Our Country

Lika is a confident and persistant person. She has a bright art nature and built a successful business career. Her projects are now implemented even abroad. 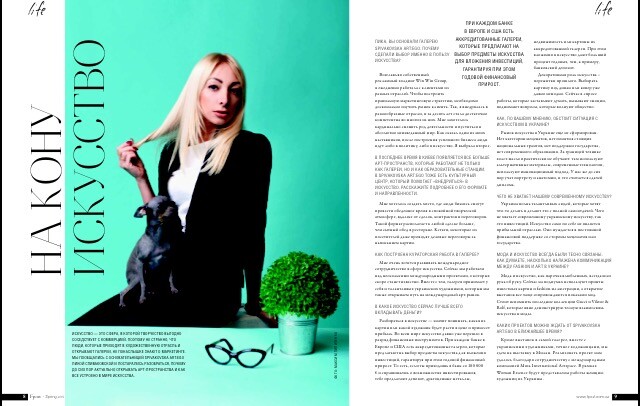 FPost: The Art is at Stake.

The Art is the sphere where creativity goes hand by hand with business. That’s why there’s no surprise that people who come to the art sphere and open the galleries know marketing well. We have talked with the owner of Spivakovska ART:EGO Lika Spivakovska and tried to find out why it is still actual to launch art spaces and how everything is set in the word of arts. 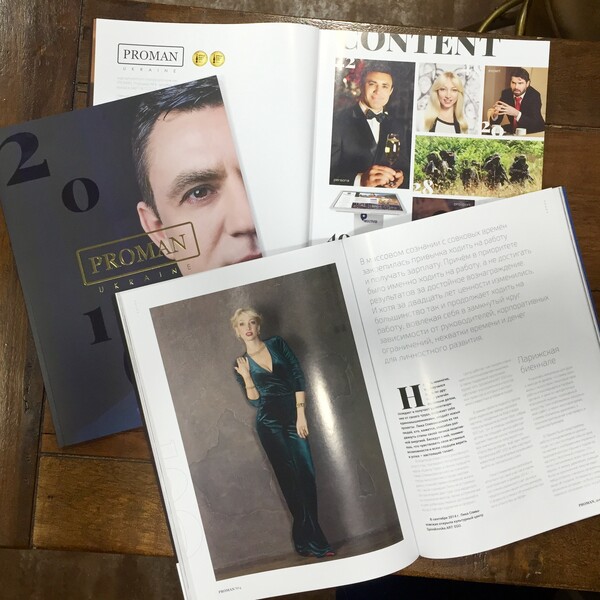 PROMAN: Lika Spivakovska: “The Belief in Success is the Real Talent”

Since Soviet times there’s a habit in the mass conscious to go to work and receive the salary. The priority is that people just go to work but not achieve the results for the decent revenue. Despite the values have already changed for 20 years, the major part still keeps going to work, involving themselves into the endless circle of dependence from the bosses, corporate limitations, lack of time and money for self development. But there are a few, who succeeded to live different life: those who are fond of their work, who surround themselves with their soul-mates and create new projects. Lika Spivakovska is one of those people who seems to be capable to break the walls down with her personal positive energy. While talking with her you understand that it’s a real talent to feel your real possibilities and believe in success with all your heart. 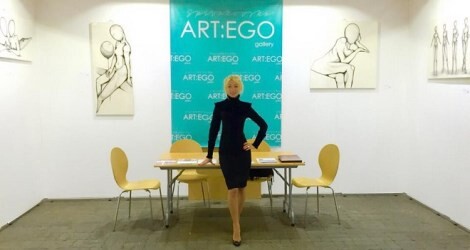 ART FAIR RIGA 2015 is an international exhibition of galleries and artists from France, Italy, Latvia, Ukraine and the USA was held in the capital of Latvia in November 23-28. Ukraine was represented by Spivakovska ART:EGO gallery. 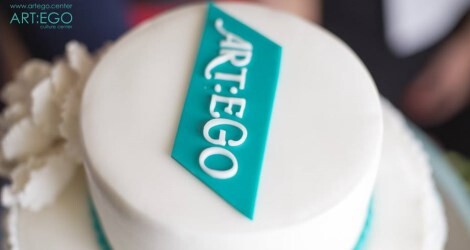 Last Saturday Spivakovska ART:EGO Cultural Cerntre celebrated its birthday. The first thing that impressed us a lot was that sensational Art Centre turned out to be a cozy gallery. All this happened thanks to the founder of the Cultural Centre, young mother, successful business-woman, innovator and artist Lika Spivakovska.